In 2011, Harald Haas revealed a technology that would see light-based wireless data pouring from our lightbulbs, yet more than a decade later few have seen it in action. Haas gave a talk at the TEDGlobal conference that introduced LiFi communication, whose recording now has 2.7 million views. In it, Haas noted that the optical spectrum is more than three orders of magnitude wider than the entire radio spectrum used for existing wireless communications. ‘People in the meantime have always asked, “Okay, if there’s so much resource, why don’t we see these very high data rates?”,’ Haas, who is now at the University of Strathclyde, Glasgow, told Electro Optics. ‘That is primarily down to the availability of devices.’

One critical advance is that LiFi developers have recently added lasers rather than just LEDs to their products. ‘The modulation speed of LEDs is limited by the nature of the semiconductor device,’ explained Joël Thomé, CEO of the Vénissieux, France-based photonic innovation centre Piseo. Piseo is also a partner of France-based semiconductor market analysis company Yole Développement. Thomé highlighted vertical cavity surface emitting lasers (VCSELs), which turn off and on at much higher frequencies than LEDs, meaning they can encode more data. ‘However, their power is generally low, especially in the near infrared wavelengths, and they require caution to prevent eye hazards,’ Thomé added.

Likewise, several other organisations are helping make devices available to deliver on LiFi’s promise. Meanwhile, demand for wireless data is growing rapidly to levels where radio-based wireless technology might struggle. Could LiFi therefore finally be near widespread adoption? To reach its potential, LiFi must also overcome the challenge posed because light travels in a particular direction, whereas radio frequency (RF) signals such as WiFi travel in all directions. ‘It is more difficult to capture the light signal if you are not directly under or in front of it,’ Thomé said. He said that LiFi can supplement WiFi in ‘specific applications where the use case is well demonstrated’. ‘So far, we hardly see any reason why LiFi should replace the incumbents such as radio-based and cable solutions,’ Thomé explained. For consumer markets to adopt LiFi, it must work as well as WiFi at the same cost, Thomé said. 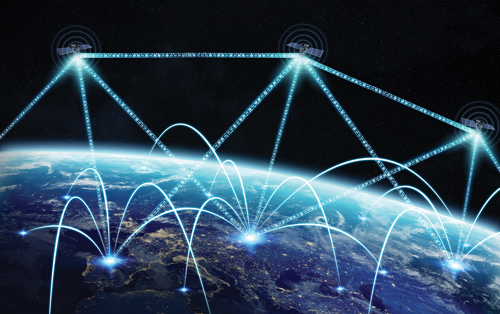